How do I load and create starting hand charts?

To access the chart, you can either click on the chart icon in the middle of DriveHUD (shown above), or you can access it also from the hand history replay screen at the top right from the same icon. 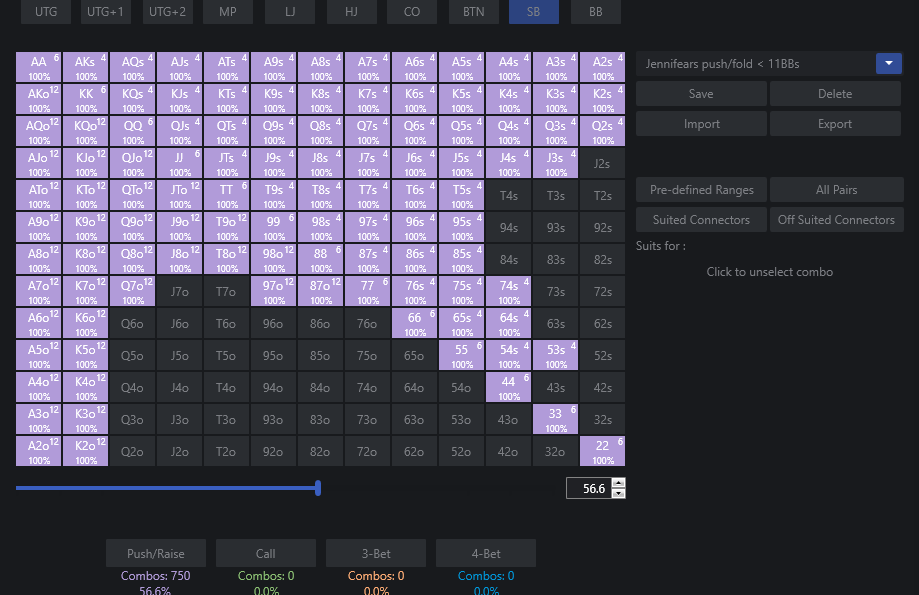 Once you have it launched, you can set a chart by any position at the top, create any kind of raise, call, 3-bet or 4-bet chart by an unlimited amount of situations and save them into DriveHUD for later review or while playing.